Guildford BID needed to improve the appearance of a couple of retail units that backed onto Phoenix Court. At the same time they wanted to promote the towns’s involvement with ‘Britain In Bloom.’

One of the units was a stylish children’s clothes store. We created a traditional washing line which displayed flowery children’s dresses against a 3D country scene. The other shop was a footwear brand known for style and originality. The witty window we created featured summer festival boots used as vases in a potting shed. ’Awesome,’ was the response from the BID Manager. ‘Against a pretty tight timescale, City Dressing created windows that have really brought the life back to Phoenix Court. We couldn’t be more delighted.’ 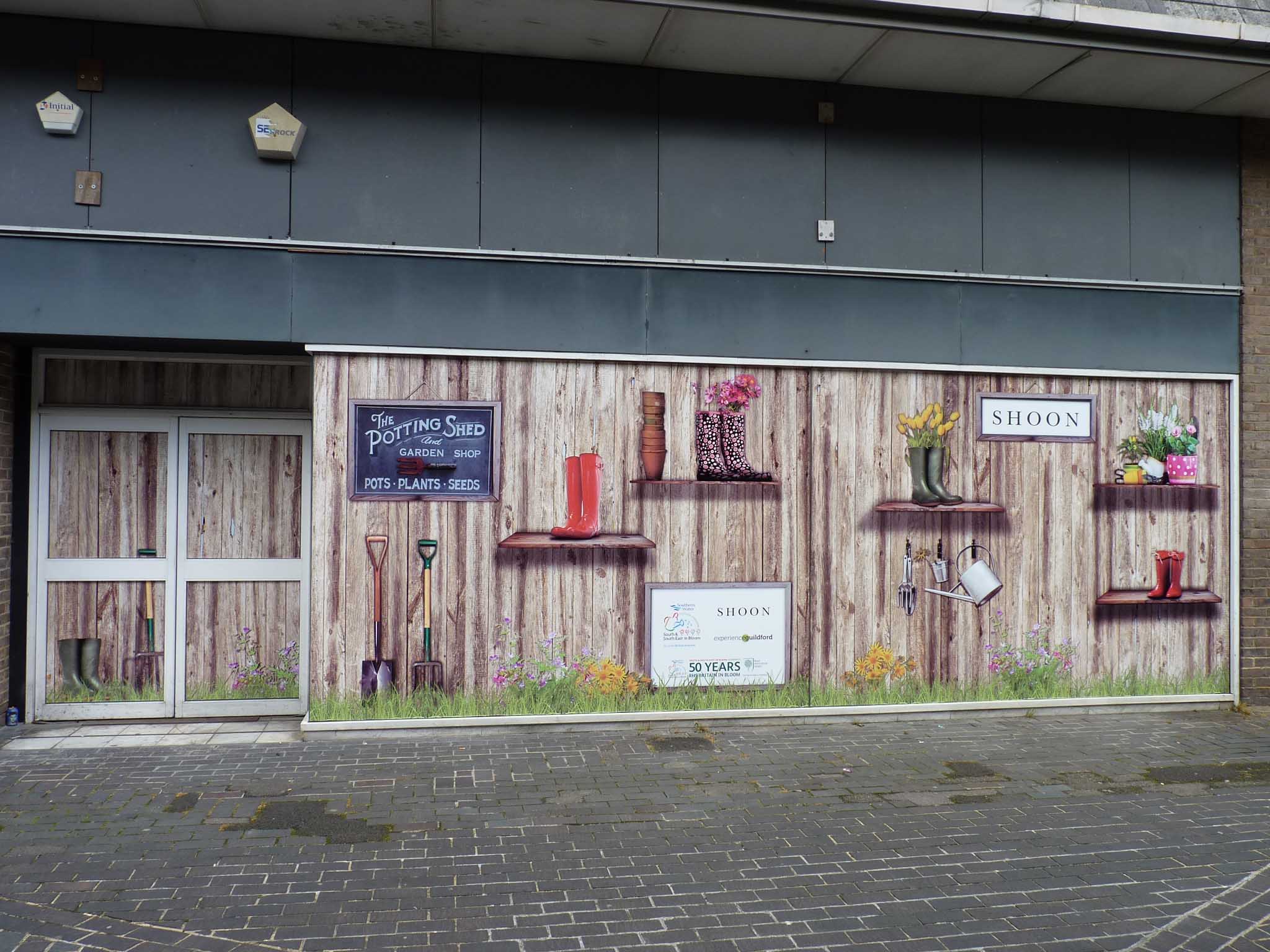 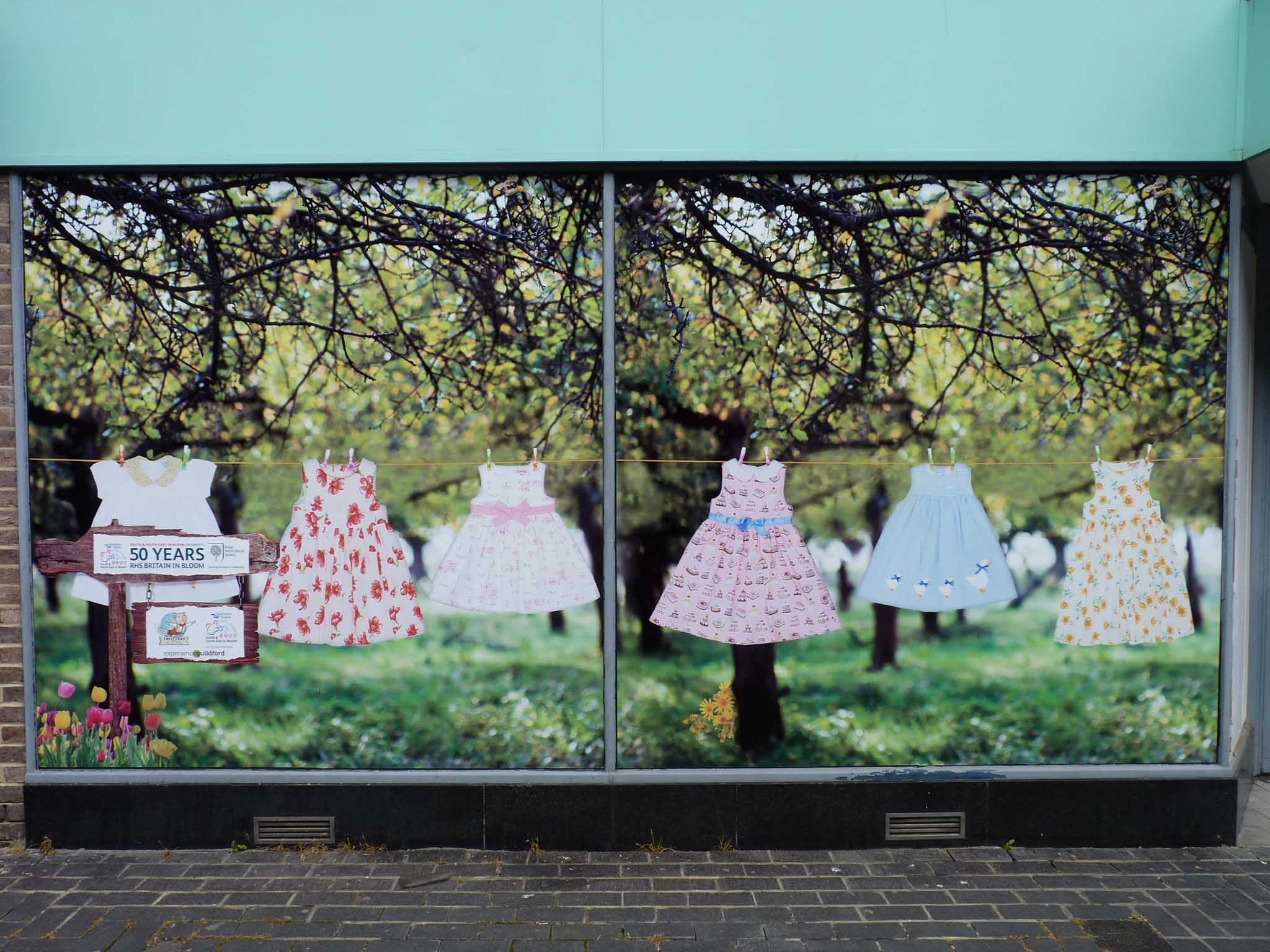 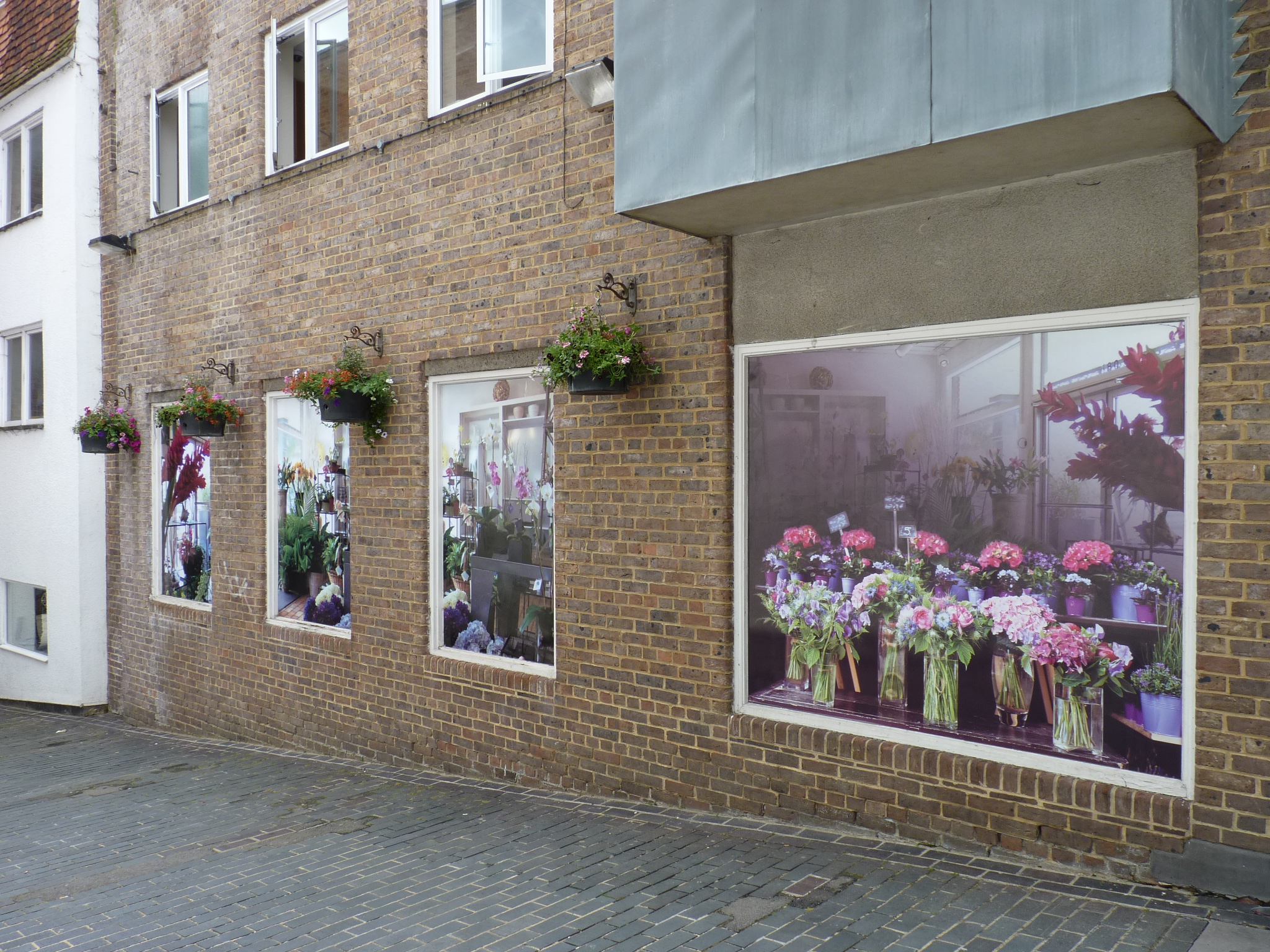